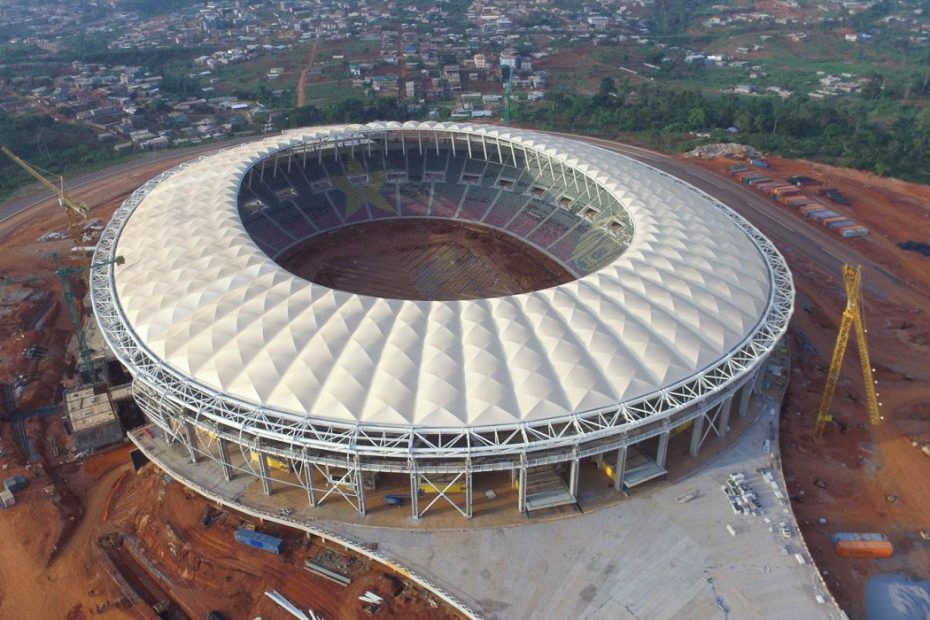 We are delighted that “La Stampa” newspaper on Thursday, January 13 edition, dedicated to us an article on the Sports chapter of the province of Alessandria to celebrate the building of the “Pail Biya Olembé” stadium roof in Yaoundé, Cameroon, which will host the final of the African Cup.

“An employment that lasted six months and took a team of 12 workers to live in Cameroon for the necessary period to complete the work. At our headquarters in Castelnuovo Scrivia (AL), we created the material for 30,000 sq.m. of PVC membrane divided into 68 panels, which was then shipped by containers to Africa for assembly.” – explained Marcello Canobbio, company representative along with his cousin Riccardo, to the journalist and author of the article, Maurizio Iappini. The work was completed in 2018 because the African Cup was originally scheduled for 2019, but delays in the work on the other facilities led to the event being moved to 2021, then postponed again to this year due to the pandemic. The sector of textile sports coverings is rich in competition and it is a great satisfaction for Canobbio Textile to know that it has built the structure that will host the final of such an important sports competition: “To have reached the heart of the African continent with our work is an incentive to grow further without altering our philosophy” – added Marcello Canobbio. Canobbio Textile of Castelnuovo Scrivia has also worked on the JStadium roof in Turin and on the Egyptian national handball team’s facility roof in Cairo, as well as many other stadiums around the world. In addition, the company has always been a leader in the field of textile architecture and circus and entertainment tents, with clients such as the Bigo of Genoa and Cirque du Soleil. Below is a gallery of images of the Yaoundé stadium covering system.